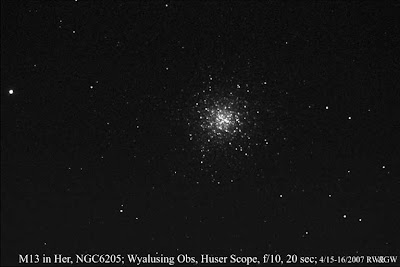 M13, NGC6205, or the “Great Globular Star Cluster” in Her, is the finest cluster. Thousands points of lights can be seen if a scope larger than 10” is used, but only a faint and hazy speck of light with the unaided eye on a very dark night. More than 25,000 stars brighter than mag 20 have been counted in M13. Its distance is 25,000 l-y. The impression that the stars are “packed” in the cluster’s center is false. The density is still not more than 1 star per cubic l-y, which is rather dense but not ‘packed’. Still if Earth would be in the center, we would see thousands of stars brighter than Venus, a few even as bright as the Moon! Since no dark nights there, astronomy would not be possible. M13 is one of the older “globs”, about 10 billion years. 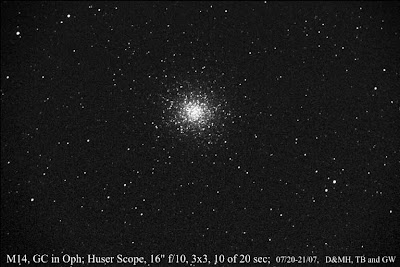 M14, NGC6218 in Oph, is another old cluster of stars. Its only notoriety is that it had a rare SuperNova in 1938, which was not detected until 1967 when old photographic plates were re-examined. Only two SuperNovae in ‘globs’ are on record. 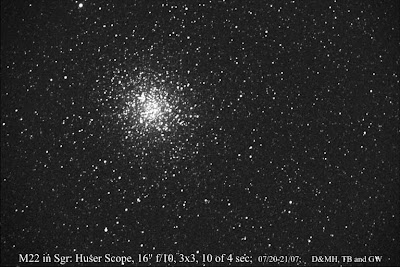 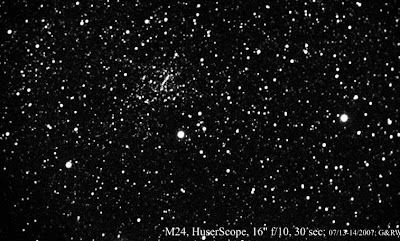 M24, NGC6603, also in Sgr, is the bright one between the Lagoon and Swan nebulae in a bright portion of the Milky Way. It is rectangular and subtends 1 x 2 degrees; hence only a small portion is in the picture, 1/3 x ½ degree. This one will be revisited soon for a longer exposure. 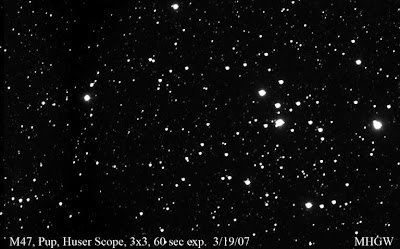 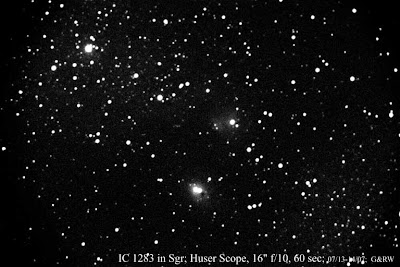 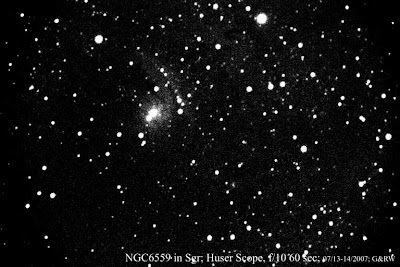 
Return to top of page