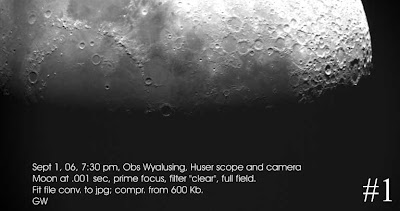 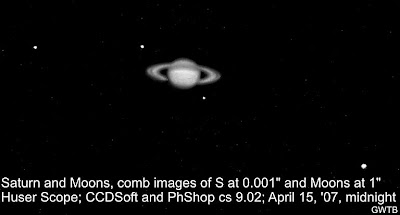 This a composite photo with Saturn as a 0.01 sec exposure and its moons (from L to R: Rhea, Tethys, Dione and Titan) as 1 sec exposures 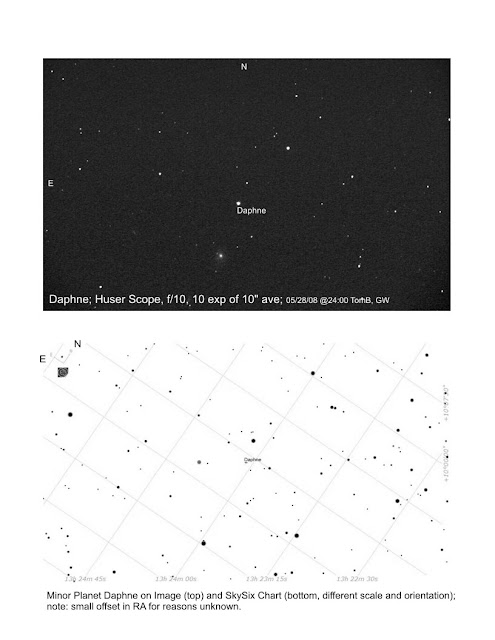 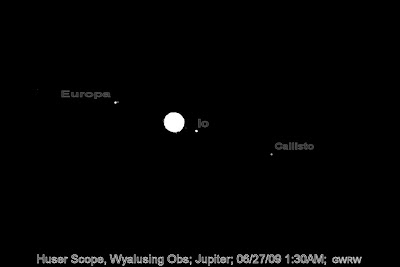 Jupiter, the largest planet of our Solar system, with his moons, Europa, Io and Callisto. The moon Ganymede is barely noticeable close to Jupiter between J. and Io. The skies were clouding up rapidly and we took the picture through a haze. 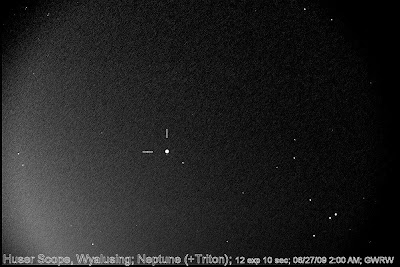 Neptune, is 30 times farther from our Sun than Earth and shows no larger than 2.5 arc sec. Little or no detail can be seen from Earth; the fly-by of Voyager-2 in 1989 gave us the first details and showed storm patterns like the ones on Jupiter. Its atmosphere has methane ice clouds that show up fairly bright. 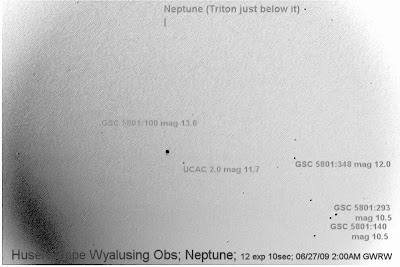 Neptune and Triton. I noticed the dot just below Neptune.  The negative confirmed both Neptune and its moon Triton via the reference stars and their brightness’s. I could not find the angular position of the moon at the time of exposure; still looking for that. The halo is due to reflection of the dome’s shutter; we were too close to the cut-off. 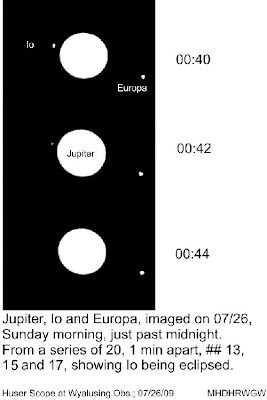 Moons Io and Europa. Io has an orbital period of 42 hours, that's a short month! Catching an eclipse of Io by Jupiter's shadow at the 15th image surprised me; just luck. 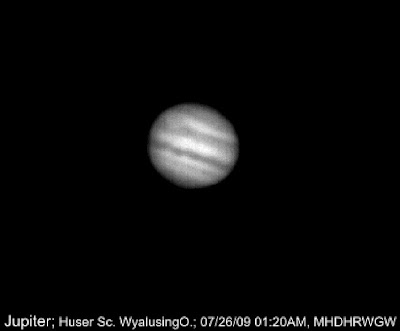 Jupiter. We took a series of 20 images for "stacking". Stacking failed for unknown reasons, so I took the best one of the 20 and processed that with PS13.

Return to top of page
Return to Huser Astro Gallery